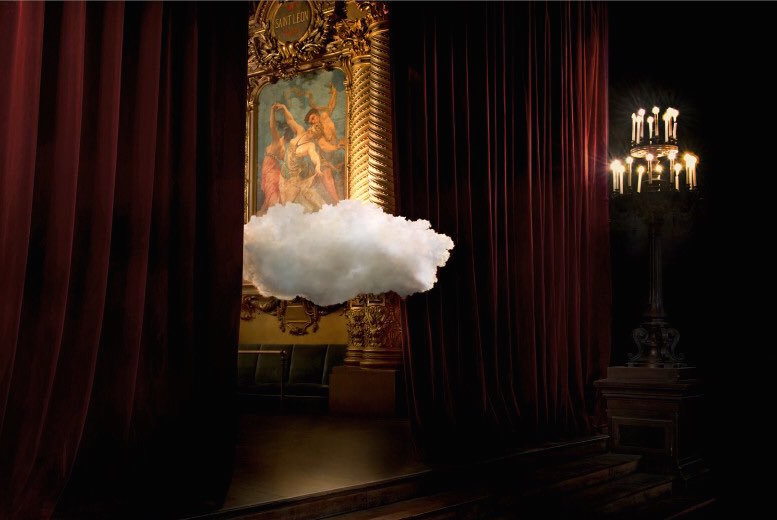 by Classictic 8512 views No Comments

Once again, the prestigious Opéra national de Paris offers a season of the highest level with new productions and major classics of the repertoire, starring some of the most admired conductors, singers and musicians of the classical world. Onstage at one of its two wonderful operas – the 19thcentury sumptuous Palais Garnier and the true gem of modern architecture Opéra Bastille – discover the operas, ballets, recitals and concerts featured on the program of the generous 2017-2018 season at the Opéra National de Paris.

The lyrical 2017-2018 season of the Opéra National de Paris impressively consists of new opera productions and appealing revivals. 21 lyrical productions grace the program of this notably rich season, among which no less than 10 are new.

One highlight of the season is, from October 10 to November 11, the highly-anticipated production of Verdi’s Don Carlos directed by Krzysztof Warlikowski and under the musical direction of Philippe Jordan. Verdi’s grand masterwork will be presented for the first time in its original French version, which Verdi himself rewrote for the work’s premiere in Paris in 1867. The historical production will also feature an all-star cast, with Jonas Kaufmann in the title role, Sonia Yoncheva as Elisabeth, Elīna Garança as Eboli and Ludovic Tézier as Rodrigue.

Carrying a very different tone, Terry Gilliam’s exhilarating vision of Berlioz‘s Benvenuto Cellini is expected to attract the spotlight. The American-born British director, famous for his work in the Monty Python and his exploratory movies Brazil and The Imaginarium of Doctor Parnassus, will lead the audience through a delirious world full of joy and exuberant characters among epically monumental settings, also featuring puppets and pyrotechnics! The exquisite rising-star Pretty Yende will sing the role of Teresa, as John Osborn embodies the title role.

For the world of Baroque music, a cast of experts will display a new production of Händel’s dramatic last oratorio, Jephtha. William Christie returns to the Opéra de Paris to lead his orchestra and choir Les Arts Florissants, along with Ian Bostridge singing the title role of Jephtha, while Marie-Nicole Lemieux sings as his wife Storgé.

Music lovers should also not miss the contemporary event of the season, the much-awaited new creation of Kaija Saariaho, Only the Sound Remains, inspired by Japanese No theater. Experience a unique opportunity to admire the countertenor star Philippe Jaroussky, esteemed for his performance of the baroque repertoire, in a more contemporary and rather darker role than usual.

The Opéra de Paris also presents revivals of productions that significantly changed the history of opera. From November 18 to December 2, the Opéra pays tribute to French director Patrice Chéreau who died in 2013. The audience will have the chance to rediscover his inspirational production of Janáček’s From the House of the Dead, initially created at the Wiener Festwochen in 2007.

The Opéra de Paris is one of the most influential institutions of the opera world, and it is with no surprise that each year the most talented and admired performers of our time share the stages of its two opéras. This season, the list of the names set to perform at the Palais Garnier and the Opéra Bastille is certainly remarkable.

Soprano Véronique Gens will thus appear in Franz Lehár’s operetta The Merry Widow, while Bryn Terfel and Aleksandra Kurzak share the stage in a witty production of Verdi’s last opera, Falstaff. Aleksandra Kurzak will return again in November and December as Vitellia in Mozart’s The Clemency of Titus, alternating with Amanda Majeski while Ramón Vargas and Michael Spyres share the role of Tito Vespasiano, and Stéphanie d’Oustrac and Marianne Crebassa both play Sesto. For Verdi’s Un ballo in Maschera, Anja Harteros and Sondra Radvanovsky share the role of Amelia, facing Marcelo Alvarez and Piero Pretti as Riccardo. Last but not least, for three nights in February 2018, Anna Netrebko will star as Violetta in Benoît Jacquot’s production of La Traviata, with none other than the legendary Placido Domingo as Giorgio Germont.

Several leading singers will also offer intimate recitals in the stunning setting of the Palais Garnier. On September 17, Simon Keenlyside will be accompanied by pianist Malcolm Martineau, while Sophie Koch offers an inspirational recital on October 15. In April, do not miss the chance to admire today’s best performer of the German Lieder, Matthias Goerne. Piotr Beczała, who already captivated the Parisian audience in 2014 as La Bohème‘s Rodolfo and in 2015 as Faust, will perform with pianist Sarah Tysman in July 2018.

A new start for the Paris Opera Ballet

In September and October 2017, admire George Balanchine’s sparkling Joyaux, the dance triptych to music by Fauré, Stravinsky and Tchaikovsky, featuring breathtaking costumes designed by Christian Lacroix. Rudolf Noureev’s joyful Don Quichotte is scheduled for the Christmas season, and John Cranko’s dramatic Eugène Onéguine will be presented in February and March 2018.

This new dance season promises to be rich of surprises as well, with five new works that have been commissioned to the most sought-after contemporary choreographers.

In October and November, a new creation by Japanese choreographer Saburo Teshigawara on Esa-Pekka Salonen’s poetic Violin Concerto will be associated with two masterworks by Balanchine and Pina Bausch.

In December, Swedish choreographer Alexander Ekman, known for his audacious works and sparkling personality, offers the world premiere of Play, in which the choreographer’s imagination bursts to life through a spectacular setting and dancers suspended in space for a production full of surprise, rhythmic energy and adventure.

Hofesh Shechter and Iván Pérez will both make their debut onstage at the Palais Garnier. Shechter’s The Art of Not Looking Back comes forth with a fresh interpretation, while the young Pérez is given the chance to collaborate with the Paris Opera Ballet for a new act with ten male dancers.

Starting in October 2017 until May 2018, Philippe Jordan, music director of the Opéra de Paris, conducts the Orchestre National de l’Opéra de Paris in a series of three concerts dedicated to Tchaikovsky’s complete Symphonies. Witness a rare occasion to discover in the ideal setting of the Opéra Bastille or the Philharmonie de Paris the whole extent of Tchaikovsky’s symphonic sound, from his First Symphony, also known as Winter Daydreams, to his moving Sixth, also known as Pathétique, Tchaikovsky’s final completed symphony.

Further along the list of not-to-miss events are the series of concerts entitled Midis musicaux, where you will discover the most beautiful works of chamber music repertoire performed by musicians from the Orchestre de l’Opéra national de Paris. This season, the talented performers offer a homage to Maurice Ravel on September 24, a celebration of the 100th anniversary of Igor Stravinsky’s The Soldier’s Tale on April 1, and a Haydn/Bruch confrontation in June.