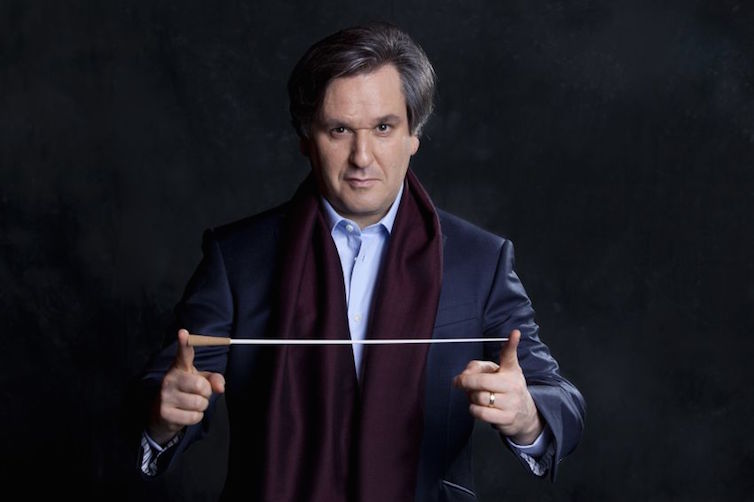 The best things in life are worth waiting for. While most orchestras further north began their 2016-2017 performance season in September, the inaugural concert of the Orchestra dell’Accademia Nazionale di Santa Cecilia is planned for October 20th. With Music Director Sir Antonio Pappano at the head of Italy’s oldest symphony orchestra, the Roman audience (and visitors to Italy’s fascinating capital) can look forward to more of the inspiring programming that has become a hallmark of the ANSC.

he German master was in focus last season, and Antonio Pappano will continue to explore his oeuvre, beginning at the opening performance, with a concert version of Beethoven’s “Fidelio”. Beethoven’s piano concertos are among the high points of upcoming programs, with Yefim Bronfman performing the “Emperor” in October, and Radu Lupu as soloist for Piano Concerto No. 4 in January.

The history of the Chorus of the Accademia Nazionale di Santa Cecilia began long before Johann Sebastian Bach was born. Antonio Pappano has led the Chorus and Orchestra in several of Bach’s great sacred works, and this season, he will conduct the “St. John Passion” in the days leading to Easter. (Ticket sales begin on January 24, 2017.)

Mozart’s short but prolific life began on January 27th, 1756. To celebrate the occasion of his 261st birthday, Sir Antonio Pappano is joined by mezzo-soprano Cecilia Bartoli for a gala concert. The festive program with the Orchestra and Chorus of the ANSC runs the gamut of Mozart’s production, from sacred motets to the final Symphony No. 41 “Jupiter”.

The Accademia Nazionale di Santa Cecilia is firmly rooted in a centuries-old musical history, but with Pappano, it is also always looking ahead. This season will once again include world premieres by important composers of our time. The spring will see new works by Franco-Swiss composer Richard Dubugnon and Italian composer Pasquale Corrado. (Tickets for the spring concerts go on sale on January 24, 2017.)

The Orchestra and Choir of the Accademia di Santa Cecilia were established by decree of Pope Sixtus V in 1585 and look back on an uninterrupted history of excellent music-making. The most recent chapter in that history began with the start of Antonio Pappano’s tenure as Music Director in 2005.

The charismatic British-Italian conductor is credited with having cultivated the orchestra’s brilliant and – according to the maestro himself – specifically Italian sound. In the spectacular Auditorium Parco della Musica, designed by Renzo Piano, the Orchestra dell’Accademia Nazionale die Santa Cecilia and Sir Antonio Pappano present a season of exceptional performances. Top international soloists, young artist debuts, and innovative programming are joined to thematic focal points which ensure continuity.