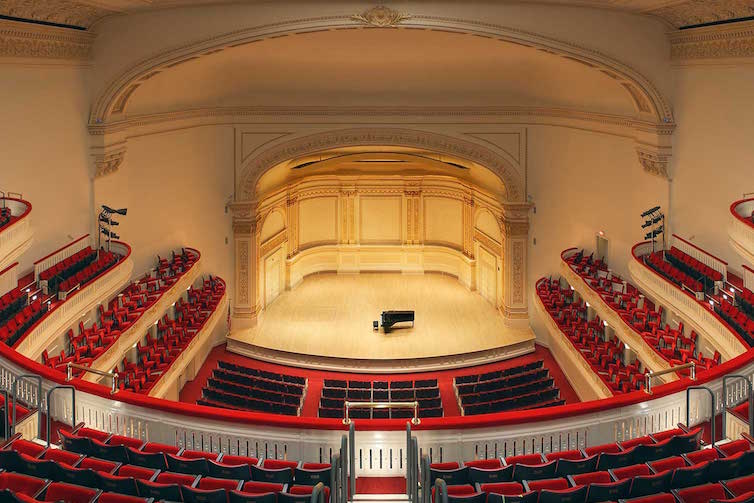 Classical Music in May 2016

The music business has changed considerably in the last thirty years, and today’s concert soloists face challenges beyond the grueling travel schedules and vigorous practicing. As media channels expand and reach further into artists’ personal lives, musicians are forced to confront the expectations of a personality-hungry audience. Three of the most exciting pianists on this month’s concert schedule have extremely different public personas.

Radu Lupu is an artist who has consistently refused to take part in the contemporary personality cult. You will not find him tweeting before the performance or giving extensive interviews about his upcoming tour. The 70-year-old Rumanian pianist’s relatively reclusive nature is often criticized, but for fans of the German Romantic repertoire, Radu Lupu’s serene mastery on stage is the ultimate musical gift. Experience him live this month with the Royal Concertgebouw Orchestra in Amsterdam, or in recital Paris and Berlin.

Yuja Wang is at the opposite end of the public image spectrum. Hers is a quite different generation, and the 28-year-old Chinese pianist seems to revel in the attention that goes beyond her stage performances. Known for her eye-catching concert attire, Yuja Wang currently appears in fashion label Giorgio Armani’s “Sì Women’s Circle” campaign. Once she sits at the keyboard, however, Yuja Wang’s brilliant technique and musicianship are all that matter. Hear Yuja Wang in recital in Carnegie Hall this month, performing Bach, Chopin, and Schönberg.

Yefim Bronfman is an example of a pianist who keeps one foot firmly planted in the “Old School”, and steps with the other foot into the contemporary culture of communication. The critically acclaimed, no-nonsense musician is not shy about using his website and social media to share views about music, wine, and life behind the scenes. Yefim Bronfman is at Carnegie Hall this month, taking on three Prokofiev piano sonatas.