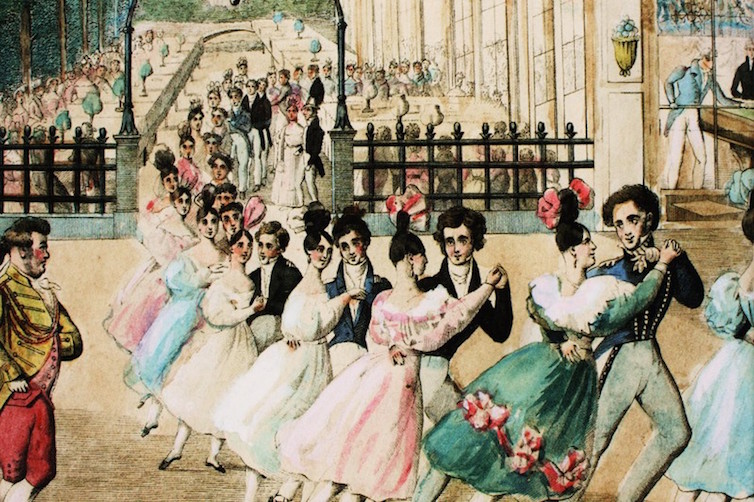 The life of Johann Strauss II is historically entwined with that of Vienna, and with Austria, where the composer’s Blue Danube Waltz is the unofficial national anthem. Take this opportunity to discover real places in the life of Strauss in Vienna. Gain insight into the composer of wildly popular music which stirred the hearts of the average man and the time in which he lived.

Begin your royal tour of Vienna with Hofburg Palace, former Imperial winter residence and modern day seat of the Austrian President. In 1863 Strauss finally won the coveted title of Imperial Court Balls Music Director after having been denied several times as a consequence of rebellious activities during the 1848 revolution. He went on to conduct all court balls until 1871. Today, you can enjoy a variety of Viennese classical music with a concert at Hofburg Palace.

West of the Palace, across the Volksgarten, if you follow Lerchenfelderstrasse almost to its end, you will encounter a little plaque on an otherwise nondescript building which reads that Johann Strauss was born here on October 25, 1825.

Today’s temple for Strauss’ music, and home to the world-class Vienna Philharmonic Orchestra (Wiener Philharmoniker), the Musikverein is a must for concert-goers. In terms of acoustic design, the venue’s Großer Saal is considered one of the finest concert halls in the world. Make the most of the atmosphere with a light classical concert at the Musikverein, also available with dinner.
In pleasant weather be sure to stroll through the nearby Stadtpark and visit the golden Johann Strauss Monument among scattered statues of other famous Viennese artists, writers, and composers.

Continue your Imperial tour of Vienna by making your way south to the district of Hietzing to visit the vast Schönbrunn Palace. A former Imperial summer residence and example of stunning Baroque and Neoclassical architecture, the site enjoys a long musical tradition. Concerts at Schönbrunn are performed daily in the Palace Orangerie, and some can be booked in combination with dinner or a tour of the palace.

While you’re in Hietzing, be sure to stop by nearby Café Dommayer (formerly Dommayer’s Casino) where Strauss made his “subversive” 1844 debut—this despite the maneuvres of his father, the elder Strauss, who had banned him from every major concert hall in Vienna. The sensational performance proved a launching-board for the young composer’s music career. Enjoy a classic Viennese breakfast before exploring the Schönbrunn zoo and gardens. Also not far from the Palace is Strauss’ former apartment at Maxingstrasse 18, where during the summer of 1873 the composer wrote “Die Fledermaus”.

Making your way next toward the Danube River you must visit the former Strauss home at Müllnergasse 3, where in 1867 the composer wrote the Blue Danube Waltz. The former apartments are now a museum dedicated to the Strauss musical dynasty, housing letters, photographs, paintings, and personal artifacts from the composer’s life, sensitively displayed within the historical and social context of 19th century Vienna. Here you can see the composer’s original writing desk, his violin, piano, awards and medals. Each of the seven rooms features listening stations offering relevant music selections for a truly immersive experience.

No Viennese (or “Straussian”) experience would be complete without taking in an operetta at the Volksoper Wien. A world leader when it comes to musical and theatrical experience, the opera house offers more than 100 evenings of excellent Viennese operetta each year, in addition to opera, musicals, ballet, and even children’s programs—something for the entire family.

The Living Tradition of Flamenco