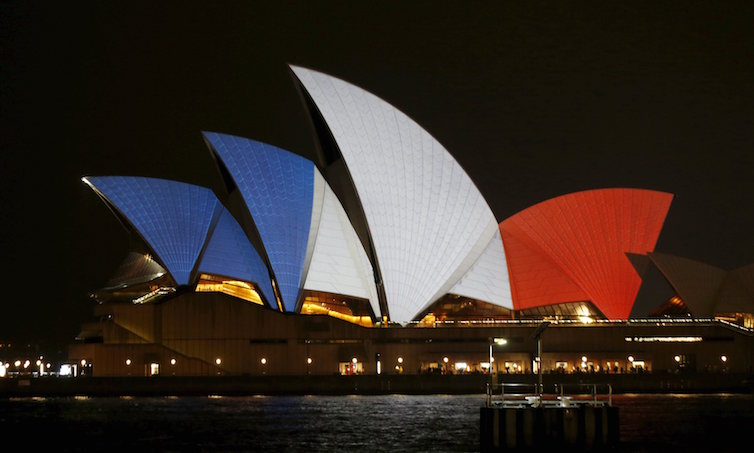 The Sound of Peace

When all else seeks to divide us, music has the potential to bring us together.

The brutal acts of violence in Paris, like the Beirut bombing one day earlier, are yet another reminder of the fragility of our civilization. The sustaining and unifying role of music in that delicate balance was demonstrated in the days following the attacks, as music institutions around the world expressed solidarity. The French national anthem, or “Marseillaise”, was sung on the stage of the Metropolitan Opera in New York and at performances by the Philadelphia Orchestra and the Lyric Opera of Chicago, among others.

Sydney Opera House was illuminated in the French national colors. Around the globe, concert halls and opera houses spontaneously observed minutes of silence, offered performances dedicated to the memories of the victims, or modified concert programs. Here are just a few of the ensembles and houses that payed tribute:

In a particularly moving spontaneous personal initiative, Davide Martello, a German pianist drove 400 miles with his piano to play John Lennon’s “Imagine” in front of the Bataclan theater in Paris.

Credits:The blue, white and red colours of France's national flag are projected onto the sails of Sydney's Opera House in Australia November 14, 2015 following the attacks in Paris. REUTERS/Jason Reed TPX IMAGES OF THE DAY
Paris